Pomegranate molasses is pomegranate juice, sugar, and lemon juice that’s been reduced to a syrup.

It’s thick, flavorful, and adds a wonderful tangy bite to many types of dishes. It can be used as a glaze, in salad dressings, or drizzled over veggies.

Where is Pomegranate Molasses From?

Pomegranate molasses has been used in Georgian, Armenian, Iranian, Syrian (specifically in Aleppo), Lebanese, and Turkish cooking for hundreds of years.

The Umayyad Dynasty (661-750 CE) was known for its agricultural achievements - they contributed greatly to the spread of pomegranates across Iran, North Africa, and into Spain, although pomegranates were among the first fruits cultivated by humans.

Where to Buy It

Pomegranate molasses can be found in many Middle Eastern grocery stores and at Whole Foods. It can also be found online from Amazon - I recommend both the Sadaf and the Cortas brands.

*If you'd prefer a sauce to a molasses, cook the pomegranate juice for 40 minutes before removing from the heat.

5 Ways to Use Pomegranate Molasses

Got a bottle of pomegranate molasses? Here’s what to do with it. 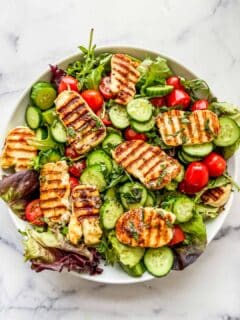 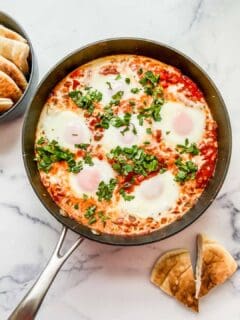