You're going to love these blistered shishito peppers. They're mildly spicy and deeply flavorful.

You can serve them with soy sauce and togarashi seasoning for an extra kick. They make a wonderful side dish or tasty little appetizer.

Why You'll Love this Recipe

Shishito peppers cook incredibly quickly, as they're a thin-skinned pepper.

We like serving them as a side dish, but you can serve them as appetizers or as part of a tapas spread. They're super simple to make and look gorgeous!

What are Shishito Peppers?

Shishito peppers are a mildly spicy, East Asian pepper that are often grilled or roasted till they're blistered.

They're typically not spicy but one out of every eight to ten peppers has some heat, so it's a bit of a gamble when eating them!

Shishito peppers are spicier than bell peppers but less spicy than jalapeños.

Shishito peppers taste similar to a green bell pepper in that they are grassy flavored and crispy, but they have a little more heat. They also have a delicate sweetness to them.

Most of the peppers are just slightly hotter than bell peppers, but one out of every 8 to 10 peppers are hotter, but are still less spicy than jalapeños.

Be careful not to overcook shishitos or they'll become bitter.

What to Serve with these Peppers

If you want to dip these peppers or top them with a spice blend, here are some options we recommend!

If you love a tasty appetizer, try some of our other favorite recipes that are great for a tapas spread.

Tips for Making this Recipe

Where to Buy Shishito Peppers 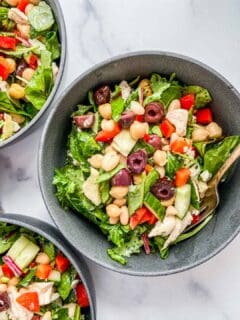 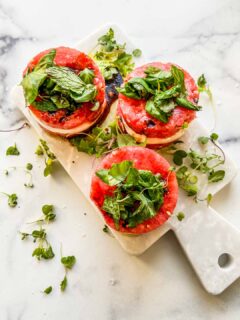